Both Priests and Religious Brothers of the Society of St Pius X make up the religious staff at St Anthony's Priory.

Fr François Laisney was ordained by Archbishop Marcel Lefebvre in 1982. He was first assigned to Australia, far from his native France. He has held positions as District Superior of the United States, District Superior of Austrailia, Bursar-General for the SSPX, as well as previoulsy being Prior of St Anthony's in Whanganui from 2005 to 2012. After taking up a post as District Bursar of the Asian District in Singapore, he returned to New Zealand as Prior in January 2018. His responsibilities include :

Fr Erik Julian Ladner hails from the town of Dickenson near Houston, Texas in the United States. He entered the seminary in Winona, Minnesota, and after finishing his studies in Philosophy was sent to finish his Theological studies at the SSPX Seminary in Goulburn, NSW, Austrailia. Ordained as a priest for the Society of St Pius X in December 2016, he was assigned to the Austrailian District, and stationed in the Sydney suburb of Rockdale, then for a time at the St Philomena's school near Brisbane, QLD. In July 2021 he was sent to join the SSPX priests in New Zealand. His responsibilities include : 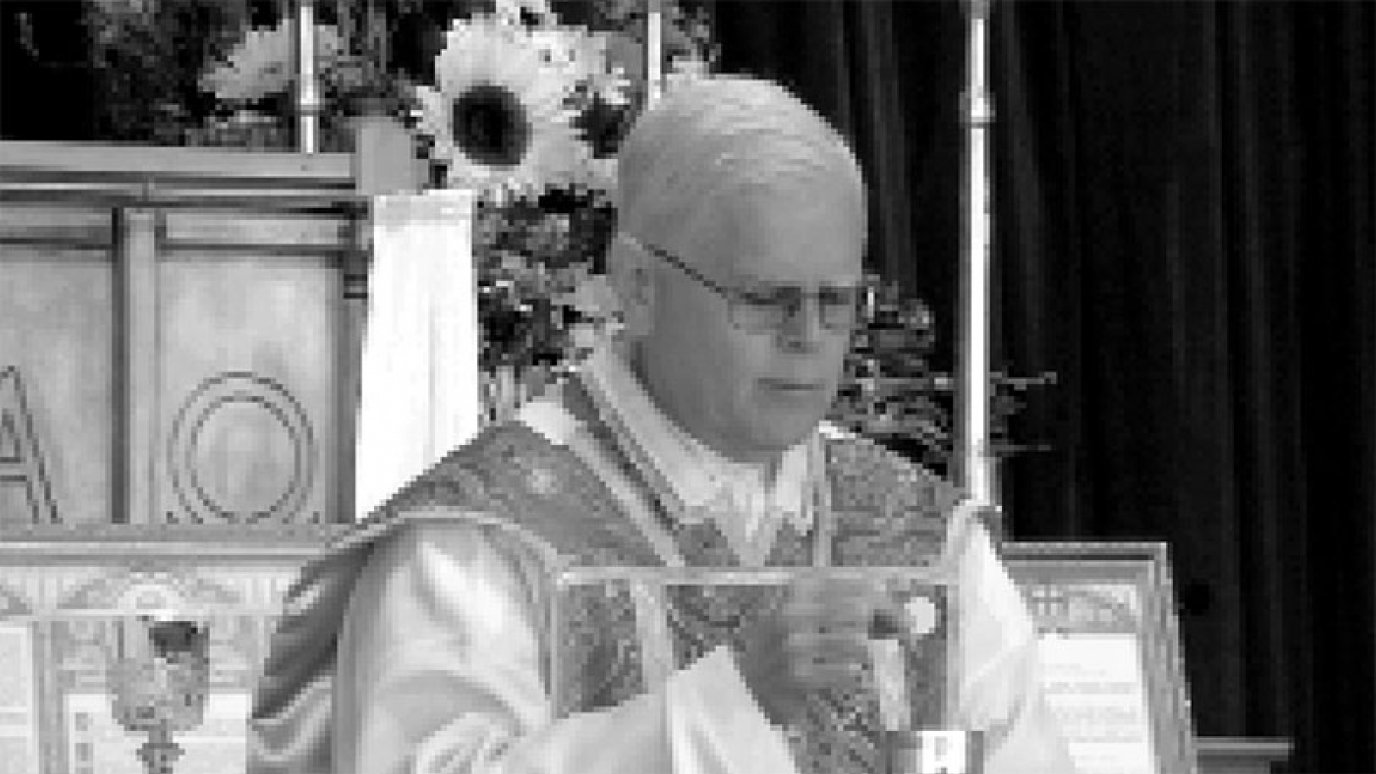 Fr Robert Michael Johnson was born in Maryland in the United States, but spent much of his life in Southern California. He entered the Oblates of St Francis de Sales in 1962, but soon departed due to the Modernistic changes in the order. Another effort to pursue his vocation with the Cistercians also ended due to their Modernism after Vatican II ended. After time in the Air Force, and then as an accountant and business manager, he found the Society of St Pius X, and entered its seminary. Ordained in December 2006 by Msgr Richard Williamson, he has worked in the District of the United States, and afterward Australia, before coming to New Zealand in 2016. Here his responsibilities include : 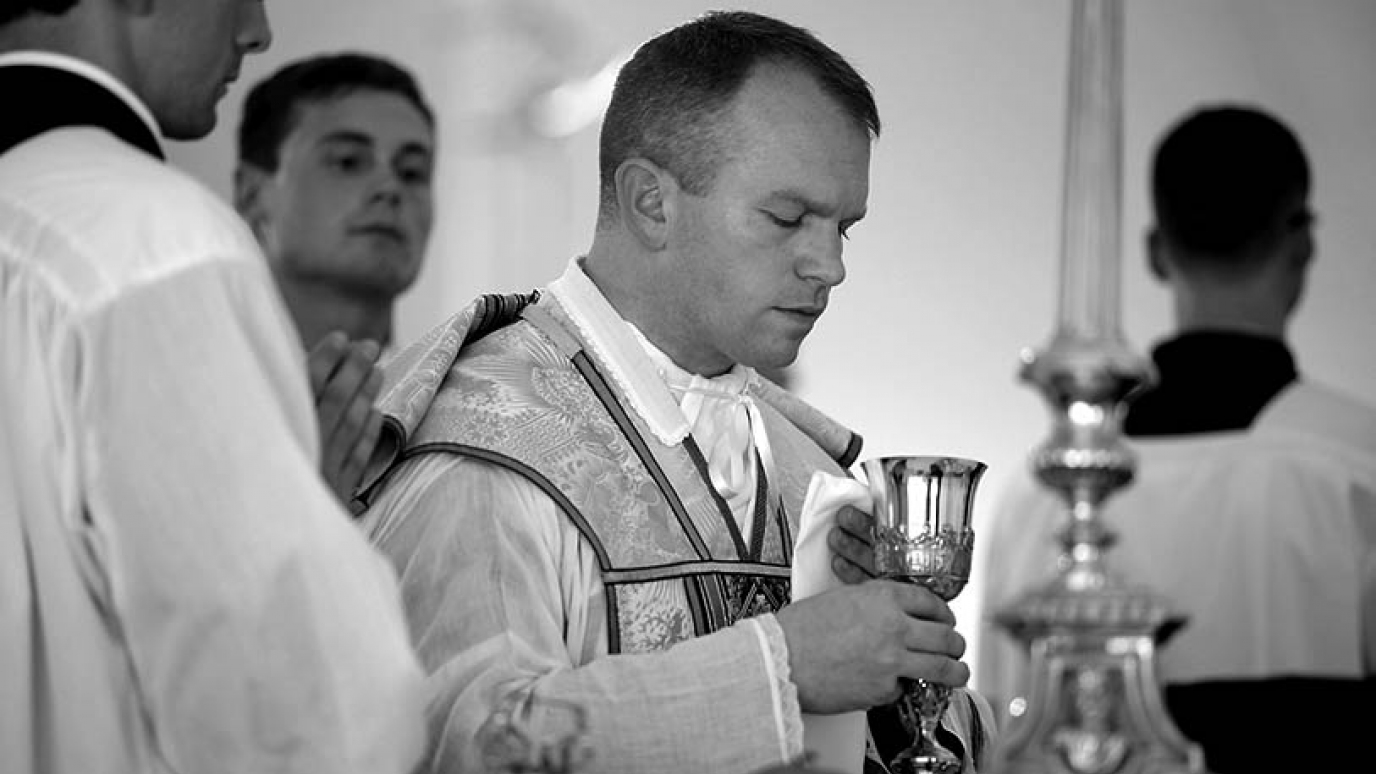 Fr Ian Andrew Palko was also born in Maryland in the United States, and grew up in Annapolis. After obtaining a Bachelor's of Science degree in Chemical Engineering from the University of Kansas in 2004, he worked in industry for several years, then taught History, Chemistry, Biology, Catholic Doctrine, and Music at St Vincent de Paul Academy in Kansas City, Missouri for four years before entering St Thomas Aquinas Seminary in Winona, Minnesota. Ordained by Bishop Bernard Fellay among the first class of the new Dillwyn, Virgina seminary in July 2017, his first assignment was in New Zealand. He subsequently earned a Graduate Diploma in Secondard Education in 2019 from Bethlehem Tertiary Institute in Tauranga, New Zealand. Here his responsibilities include :

Fr Elias Campbell, O.S.B. is a Benedictine priest from Our Lady of Guadalupe Monastery in the Gila National Wilderness near Silver City, New Mexico, USA. Originally from Florida, he was ordained as a priest for the monastery in 2011. On loan to the Austrailian District from the monastery, he came to New Zealand to assist as chaplain for the Dominican Sisters of Wanganui, and also assists the SSPX priests with their pastoral apostolate.

Br Bartholomew Demafeliz hails from the Philippines and perfomed his novitiate at St Bernard's Novitiate in Iloilo in the Phillipines. He has been assigned to the Whanganui Priory since 2010. His responsibilities include :

Br Vincent Mary Rustila also hails from the Philippines and perfomed his novitiate at St Bernard's Novitiate in Iloilo in the Phillipines. He has been assigned to the Whanganui Priory since 2013. His responsibilities include :